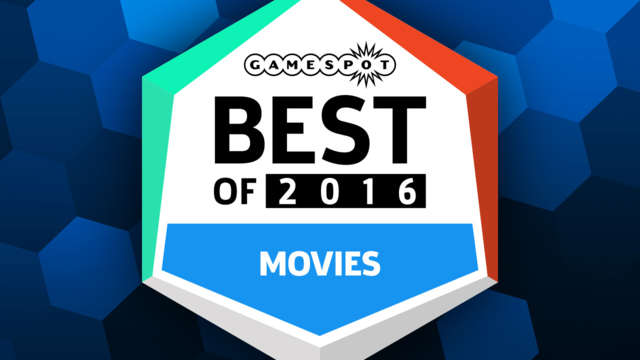 It was a good year for movies. Along with the many sequels to our favorite films, there were also plenty of new entries that had us returning to the theaters. As we look back at 2016, here’s the top ten best movies for the year. 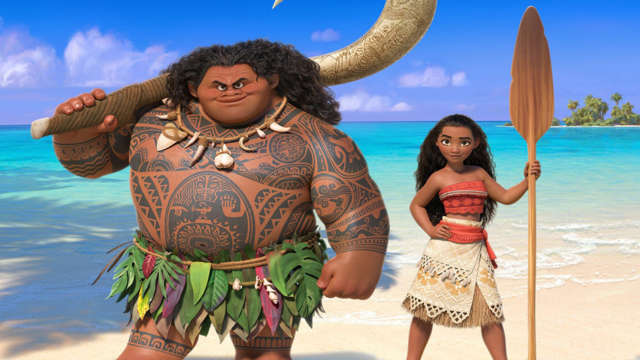 It was tempting to dismiss this as yet another Disney princess movie, but when we saw how brilliant Moana was, any doubt washed away. The film is a visual standout, but outside of the technical sphere it also delivers in all the ways every great Disney movie should–it’s full of heart, full of laughs, and it’s got some outstandingly catchy songs that you’ll be humming for months.

And while Moana’s tale of living her dreams whilst at the same time fulfilling her responsibilities as a leader resonated strongly with us, special mention must go out to the hardest working man in show business, the most charismatic bag of muscle and sinew on the planet, The Rock (also known as Dwayne Johnson). Johnson is outstanding as the demigod Maui, and who knew the man could also sing? 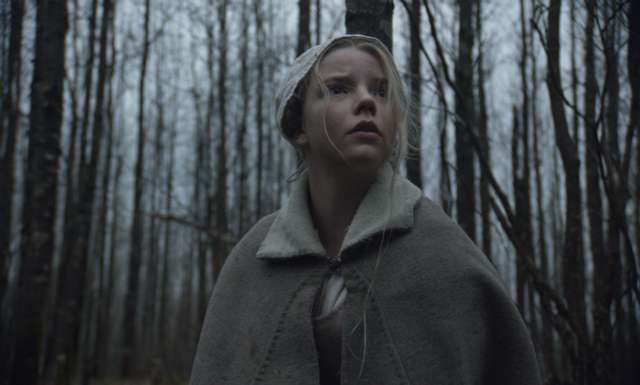 The Witch is an unnerving horror film that will haunt your thoughts for days after watching it. The film centers around a pilgrim family, banished from their New England settlement and forced to start a new life in remote area on the edge of a terrifying and ominous forest. Just as they settle into their new environment, the family’s youngest child, a newborn, is abducted.

This isn’t just a film about a monster that steals a baby. What follows is a series of horrors much worse-goats producing blood when milked, possessed children-and that’s only what’s in the trailer. Writer-director Robert Eggers creates an immersive world in his debut film that feels unsettling and shrouded by the forces of evil. 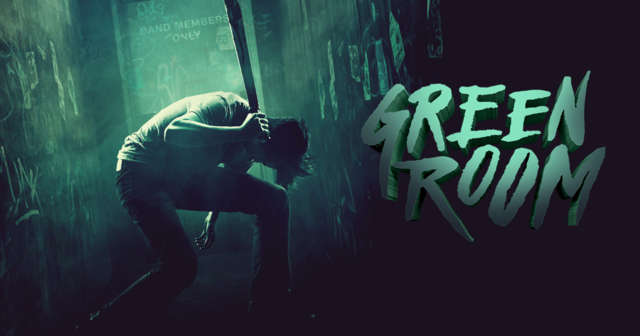 The movie follows the punk band The Ain’t Rights, as they tour the country with no budget. When the band plays at a skinhead bar and discovers a murder–in the green room–they become hostages backstage. Patrick Stewart plays the neo-Nazi owner of the club who is really good at covering his own tracks and any crimes at the club. The late Anton Yelchin delivers an amazing performance as a musician who has to try and step up to save his bandmates’ lives.

What’s surprising about Green Room is that it takes a huge tonal turn that the audience doesn’t see coming, even if they know the plot. While it isn’t a horror film, it does more for the genre than any other movie this year. Writer-director Jeremy Saulnier delivers a brilliantly intense thriller that has some really cringeworthy, violent scenes. You’ll never look at German shepherds the same way again. It does have its gory moments, much like the Saw or Hostel series. However, Green Room has much more well-rounded characters and a cohesive plot. 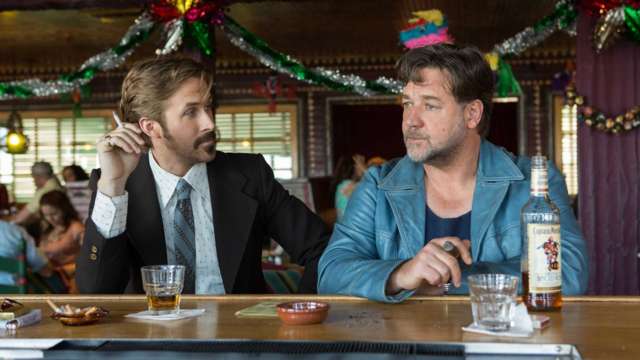 Seventh on our list, Ryan Gosling and Russell Crowe star as The Nice Guys, a duo who are either the world’s best or worst detectives. We’re leaning towards the latter. This comedic trip through 1970s Los Angeles works mostly because of the undeniable presence and chemistry between its two stars.

Writer-director Shane Black creates a some extraordinary circumstances for them and the unlikely pair is forced to work together to solve a case where nothing is quite what it seems to be. It’s Lethal Weapon with a whole lot more sleaze and slapstick and it totally worked for us. 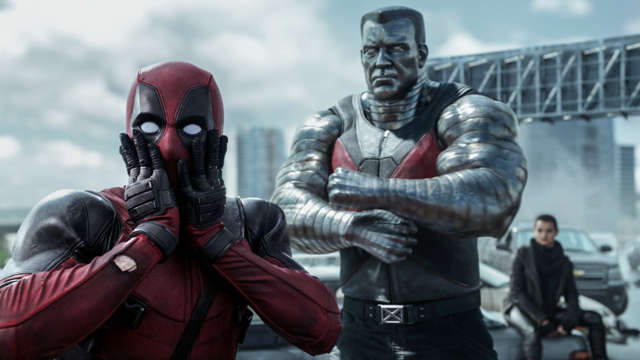 If this is the future of comic books on the big screen, we’re all in. Let’s just hope the upcoming sequel can live up to this one.

5. Kubo and the Two Strings 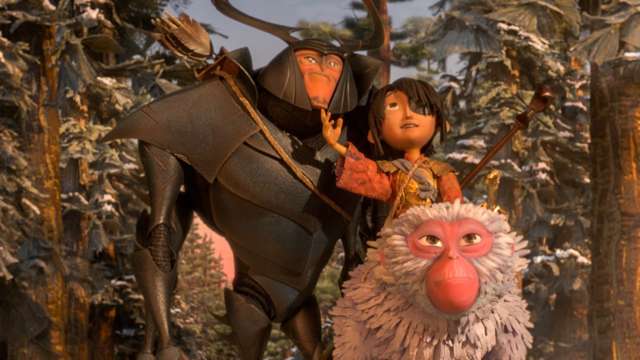 In an age where computer generated effects can render the visually impossible into a mundane reality, the craftsmanship and patience that a stop-motion film like Kubo requires is absolutely mind-blowing. A bit of this can be glimpsed during Kubo’s end credits, where you see in some small way just how much work was required to create even a single scene in this visually sumptuous movie. You never want to take your eyes away from the screen here.

But forget about the outstanding technical achievement that is Kubo. This movie made it onto our list of best films for the year because of its wonderful, heartfelt story, which is at once a grand fable and also a deeply personal film about family and relationships. Kubo is the best type of family film–a grand adventure, a rousing tale, all ringing from a place of emotional truth. 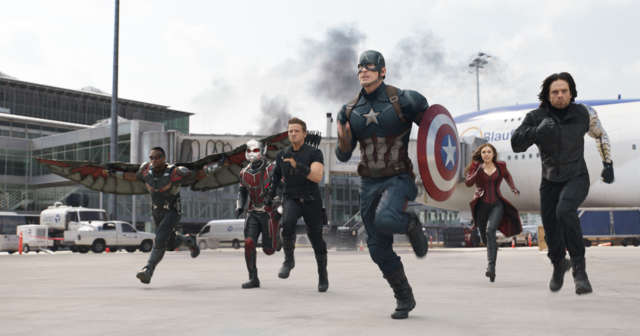 Comic book fans have seen heroes fighting other heroes time and time again. It’s only natural we’d see the same happen on the big screen in the Marvel Cinematic Universe. After seeing the Avengers team up to fight incredible odds, they’re now fighting for screen time against each other as the foundation of the team begins to crumble.

Civil War re-examined the way the Marvel heroes can operate. Instead of following the same formula that worked a dozen times, Marvel Studios tried something different. Even with a movie crammed full of superheroes, they managed to introduce some more. There will be repercussions after this movie, and we’re looking forward to what happens when the characters meet again. 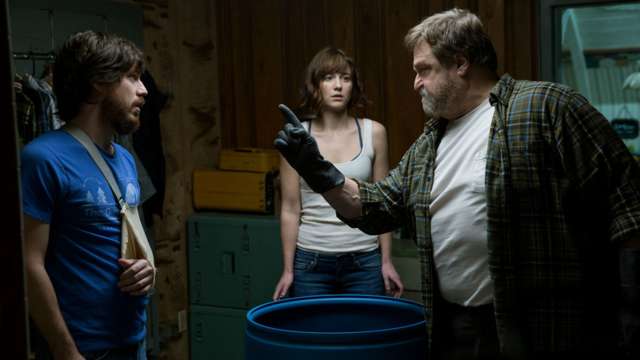 The original 2008 Cloverfield film was a “found footage” monster movie. The story followed six characters making their way across New York City. 10 Cloverfield Lane takes a completely different approach. With only three cast members and a third-person approach, the majority of the movie happens in the confines of a bomb shelter. The tension is only amped up by with John Goodman’s creepy and intimidating performance. Whether he’s dancing in front of a jukebox or making moments at the dinner table extremely awkward, you can’t help but experience the events of the movie along with the other characters.

In a time where movie trailers act as a pretty concise summary of the entire movie, 10 Cloverfield Lane managed to contain plenty of suspense and twists to catch audiences off guard. This is a case where less is more: the less you know about the movie and the constrictive environment makes this a movie that will keep you on the edge of your seat.

2. Rogue One: A Star Wars Story 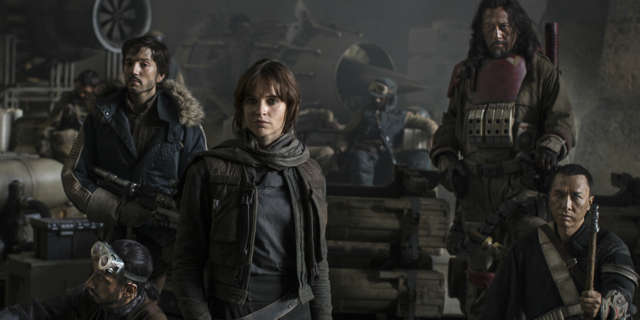 A movie set in the Star Wars universe seems like a no-brainer for a box office success. When the movie focuses on a cast of brand new characters, it’s a whole new ballgame. Apart from moving away from the familiar heroes we’ve grown to love, this film changes the tone we might expect by showing more realistic aspects of an intergalactic war. We’ve seen nameless Rebel troopers shot down and paid little attention to them. Our cast here is on a mission against massive odds and don’t have the luxury of giant wookies or fancy lightsabers to save their butts.

There is a nice mix of old and new Star Wars elements. We get to see new planets, characters, and ships set within a familiar time period. The filmmakers have shown there are other areas of the Star Wars mythos that can be explored outside the Saga movies. The tone is a little darker than you might expect, but there is also plenty of humor and hope. 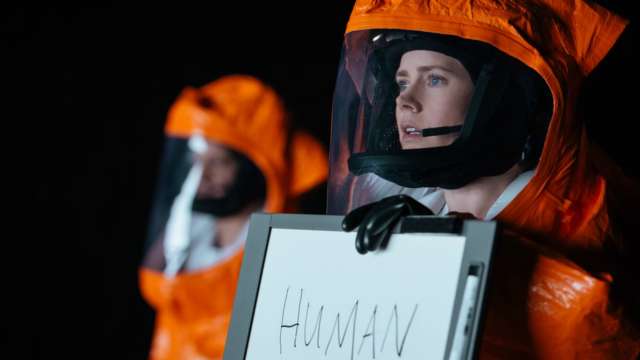 Coming in at number one: Arrival. This wasn’t even debated. The film is amazing. Amy Adams’ mixture of fear and interest when she first sets eyes on the aliens was exactly how we would have felt in the same situation.

Apart from amazing acting and beautiful visuals, this film has an effect on the way you see the world. As the story progresses, it changes our understanding of the concepts of time, language, and handshakes. You’ll be talking about this movie long after you watch it.